The Bell Jar is a book written by Sylvia Plath, who is an American poet and writer. The book is semiautobiographical although the names of places and people in the book have been altered. It was published in 1963 and many people believe that the content of the book is parallel with the same situation of clinical depression that the author went through. At the end of the article, download The Bell Jar Pdf free! 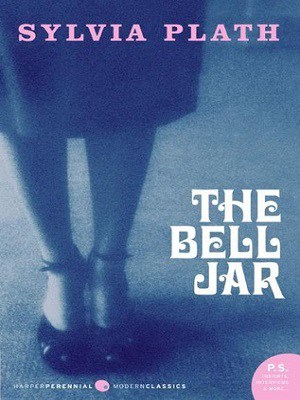 The story in the novel is about a girl named Esther Greenwood. She finds an internship in a magazine in New York City. However, the life of the city does not excite her. She is not excited about the city life that other girls would love to have and the life that they idolize. Also, she is not excited about the glamour that is overfilled in the city. Instead, she is frightened by her experience and does not enjoy it much.

Throughout the internship, she becomes quite depressed and is advised by her mother to go visit an expert. She does go once but is not convinced by the doctor. She feels like he is not paying attention to her problems. He tells her to go for electrical therapy. After that, she does not go back to him for treatment. She is admitted to a hospital after her situation gets even worse. Towards the end of the novel, she goes for a talk which would determine if she can leave the place.

The novel is a masterpiece which depicts the oppressive nature of society back in that time where women were not given the freedom to find themselves independent. The main character tries to find herself and she gets depressed because she feels she is losing herself to the pressure of being a housewife by the society.